We pulled Winston from ACS for another rescue, but his injuries turned out to be more than they could handle. At first glance you wouldn’t know there was anything wrong with him, but a hit from a car had broken his tail right at the base which caused him to lose total control of his bladder and bowels. I remember the vet telling me that we should put him down because no one is going to want a dog that has this level of incontinence.  How could I euthanize this dog that was running around my backyard playing and happy as a clam? It has not been easy and it took quite a bit of trial and error with his diet and different medications, but we’ve made it work. After almost a year of expressing his bladder he finally reached a point where he just leaked all the time. It may not sound like it to most people, but this was a relief!  A belly band with a sanitary pad easily catches all that. Keeping him on a raw diet and feeding him outside on a schedule helps keep the other stuff manageable most of the time. He’s learned that he’s not allowed on the furniture, but we try to keep plenty of soft, easily washable beds around so he doesn’t feel left out. It’s a big commitment, but he’s worth it.  Winston would love a sponsor to help with his sanitary pads, raw food diet and vet visits. 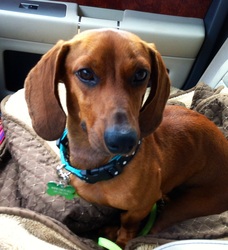 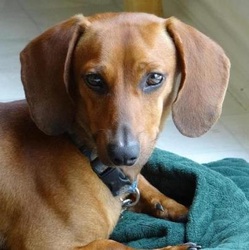 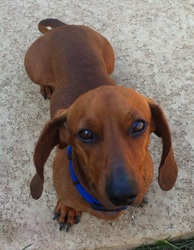 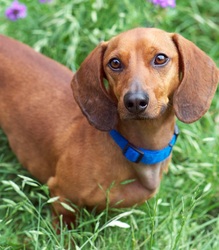 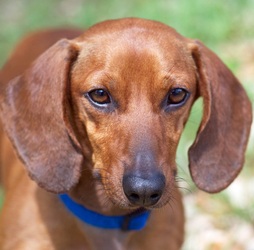 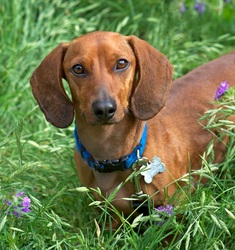